Some of you know I’m a pantser (write by the seat of your pants – very little to no planning – ‘free writing’). I’m in a slightly different head space with my Nano project this time.

Last year I decided on October 31 to have a go. No idea what I was going to write. Sat down at the keyboard and let her rip. Ended up with the book, On A Life’s Edge.

This year, I’m writing a sequel. Also I’m itching to get started. Guess what: I’ve sort of done a plan to fill in the time before Saturday. I say ‘sort of’ because I have
– chosen a set of characters from book 1,
– decided who the MC (Shawna), nemesis and hero are,
– jotted a few scenes that I can throw in
– gone back to book 1 to figure out how old the kids are now, what their development stages are, birthdays (important milestones for children)
– thought about what the existing and new locations will be,
– jotted down how the characters from book 1 will change in the sequel, and
– considered which loose ends from book 1 the readers may have questions about that can be answered in this one.

It’s been quite awhile since I’ve written a sequel and my memory isn’t exactly as sharp as it used to be. For example, I spent time searching book 1 to be sure of hair colours for characters. That’s something I hadn’t recorded when writing book 1. Note to self: keep more character notes when writing any characters/location the first time.

Anyone else finding their writing approach different this time? Are you a planner or a pantser? Do you approach a project differently if it’s a sequel or part of a series?

The Gray and Guilty Sea: An Oregon Coast Mystery by Scott William Carter

I liked this. Garrison Gage, former NY private investigator, finds himself caught up in a mystery around a dead girl washed up on the beach near his house. The town is full of interesting seedy suspicious characters to choose from. The police chief isn’t sure there has been a murder. Gage is.

This is the first in a series. I look forward to reading the next.

View all my reviews

I have a ‘new’ old Kogan PVR from a friend because my Supernet recorder ‘broke’ again. This Kogan one is a model KGNFSTBVAA – which presumably stands for Kogan F? Set-Top Box (VAA??). It requires an external memory device such as a memory stick or external harddrive. It is a single HD tuner, so nothing flash on this inexpensive model.

The manual leaves a lot to be desired. It is available from the some old Manuals websites if you look around.

The reason for this post is that I searched for over an hour on the internet to find out why I couldn’t record using the timer. To save others some grief, I thought I’d put up the solution, which was simple once I realised it was there.

– Timer Service. There is a selection of Channel or Record. Change to record. Otherwise, the system just turns itself on and you can watch the broadcast. The Channel option is handy if you’re watching something to fill in time and just want to switch to a program you really want to watch. NOT so good for recording.

So the steps are:

I am recording my first timed session right now on an 8Gb memory stick. I want to find out how much data space 1 hour of recording takes up before I go buy any more memory.

Hope this does others some good if you get a ‘hand me down’ gadget. Otherwise, it’s pretty straightforward using the manual for set-up. Even the menus are relatively fine without the manual.

If you have a question you would like to ask me, I’m going to be answering on my Goodreads Author page throughout November in conjunction with writing my NanoNovel.

Come over and hit me with them. Could be about the new book, the writing process, almost anything. Check out the questions I’ve answered so far.

It’s nearly time for National Novel Writing Month (NaNoWriMo) – November 2014. I’m chomping at the bit to get started, taking notes, thinking about —– Shawna Charity and what happens next to her after On A Life’s Edge.

[Spoiler alert — if you haven’t read the book, you may want to stop now, go get a copy, read it and come back later.]

END_OF_DOCUMENT_TOKEN_TO_BE_REPLACED 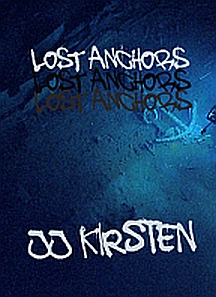 In Kindle and Print. Samples available.

If you read, please leave a review at your retailer. Tell your friends!