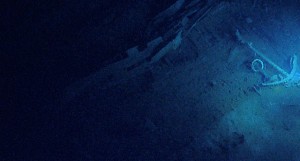 This book was a co-writing project with two other extraordinary women – Taran Roberts and Dr. Justus Lewis, hence the pen name, JJ Kirsten. Over a few months in 2006, we worked together to make our way to solving the mystery, drawing upon our experiences as mother, psychologist, technologist, and after a memorable research trip to Williamstown, the Melbourne suburb where our fictitious Julia and her daughter Michelle live. The main idea of a lost husband was the brain-child of another writing partner, Julie Levin. We interviewed a member of the Victoria Police Department, visited cop shops, took heaps of photos of the area, and spent hours acting out various scenes, particularly the dream sequences. I find it exciting that a novel can be the result of many creative minds.

The second reason for my excitement is that after eight years, I am able to bring this book to the world. Back in 2006, there were few options other than the traditional publishing route. The explosion of indie publishing and ebooks has changed all that. As I found with my first book, On A Life’s Edge, (available on Amazon, iTunes and many other online retailers), getting one’s work out there is how you grow as a writer. Even if there are minor errors, having the solid book in your hands gives confidence to continue. So here is number two in that continuation.

Thirdly, I love these characters! This will be the first in a series that involve Dr. Singh and Detective Franke. Wait till you see what happens to Pauline Granger. You will meet her briefly in Lost Anchors as she has an appointment with Dr. Singh about her anorexia.

It won’t be long now. Look for Lost Anchors soon and try a sample. What *did* happen to Michael Stewart?